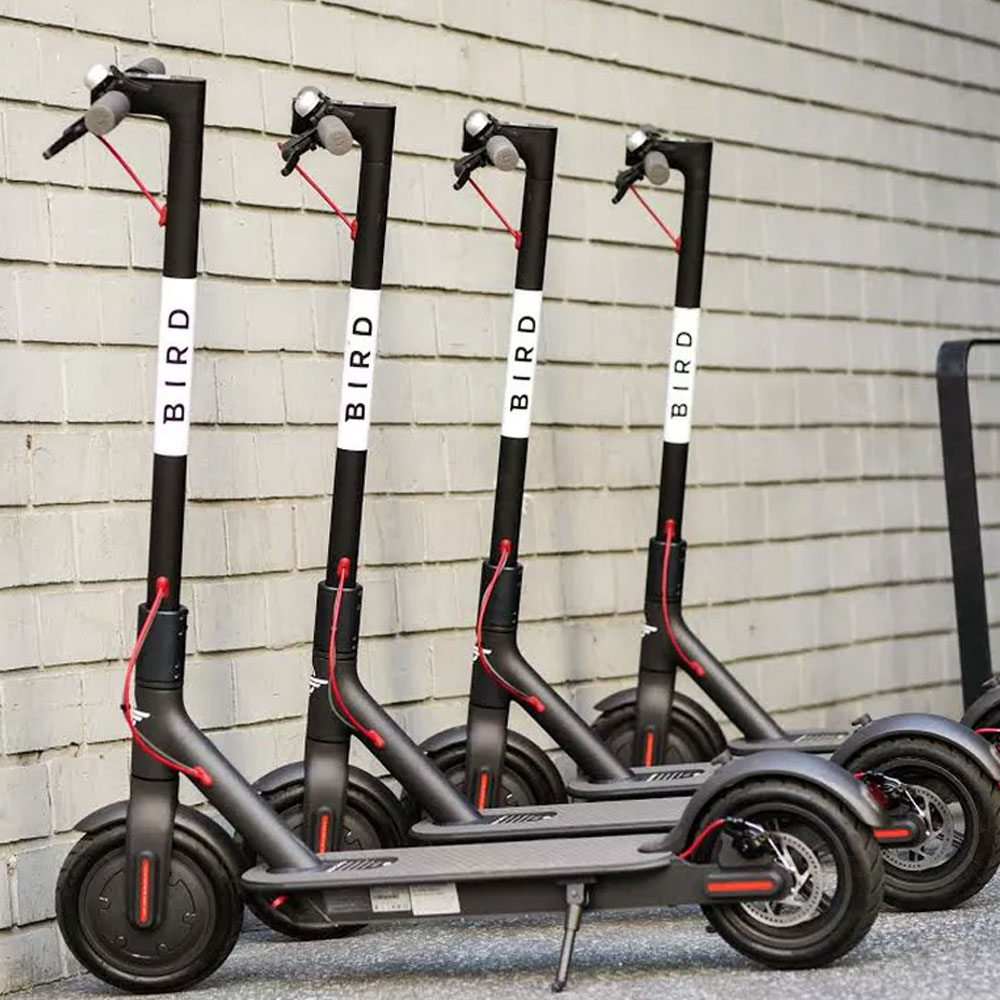 Bird Scooters have finally touched down in England.

The Californian electric scooter business – founded in 2017 by Travis VanderZanden, who was formerly an executive at Lyft and at Uber – has launched a pilot service in London’s Queen Elizabeth Olympic Park.

The company, which currently plies its trade in around 40 American cities and a few handpicked locations around the world has global domination in its sights and London is just the latest destination.

Bird believes that its pilot scheme – on private land – will demonstrate the usefulness of this easy-to-use personal transport and its environmental benefits. While it’s illegal to ride powered scooters on public roads or pavements in the UK, Bird (and yours truly) hope to get the law changed within 12 months.

The company have released details on the UK operation and it’s been revealed that the scooters – so far only the trusted Xiaomi M365 can be seen being used in the BBC feature – will only be available between 07:00 and 21:00, and are unlocked via their app. Users will pay £1 to unlock a scooter and then 20p per minute.

The scooters will then be collected and charged overnight, and Bird says that will mean that the problems with theft, vandalism – and late-night drunks – which have afflicted some bike-sharing schemes, will be avoided.

BBC’s Rory Cellan-Jones tried out the service, he said: “I had a go and after a wobbly start found the scooter an easier ride than expected, though rounding a corner presented a challenge.

And while I was happy enough tootling along a path across the park, I’m not so sure I’d enjoy sharing one of London’s busy highways with lorries, cars and bikes – nor I suspect would they be too tolerant of a swarm of scooters.”

Speaking about the new service, Bird’s UK and Nordics chief Richard Corbett says that in Paris and Amsterdam, where it is already operating, the scooters have quickly found a place in the urban transport mix and shown they can be safe. When asked about UK laws, he added: “It’s a journey that we have to start and today’s the first step, but I’m confident that within the next 12 months we should have regulations changing.”

Despite being founded in 2017, Bird raised $15 million from investors in February 2018, another $100 million in March, and a further $335 million in September and is now valued at over $2 billion.

The company proposes to be a ‘last-mile transportation solution’, and offers commuters an alternative to cars for travel between a public transit station and the final destination, for instance.

“Our mission is really to help reduce car trips, traffic and carbon emissions,” says CEO VanderZanden. “We think Bird is having a very positive impact in the cities we’re operating in.”