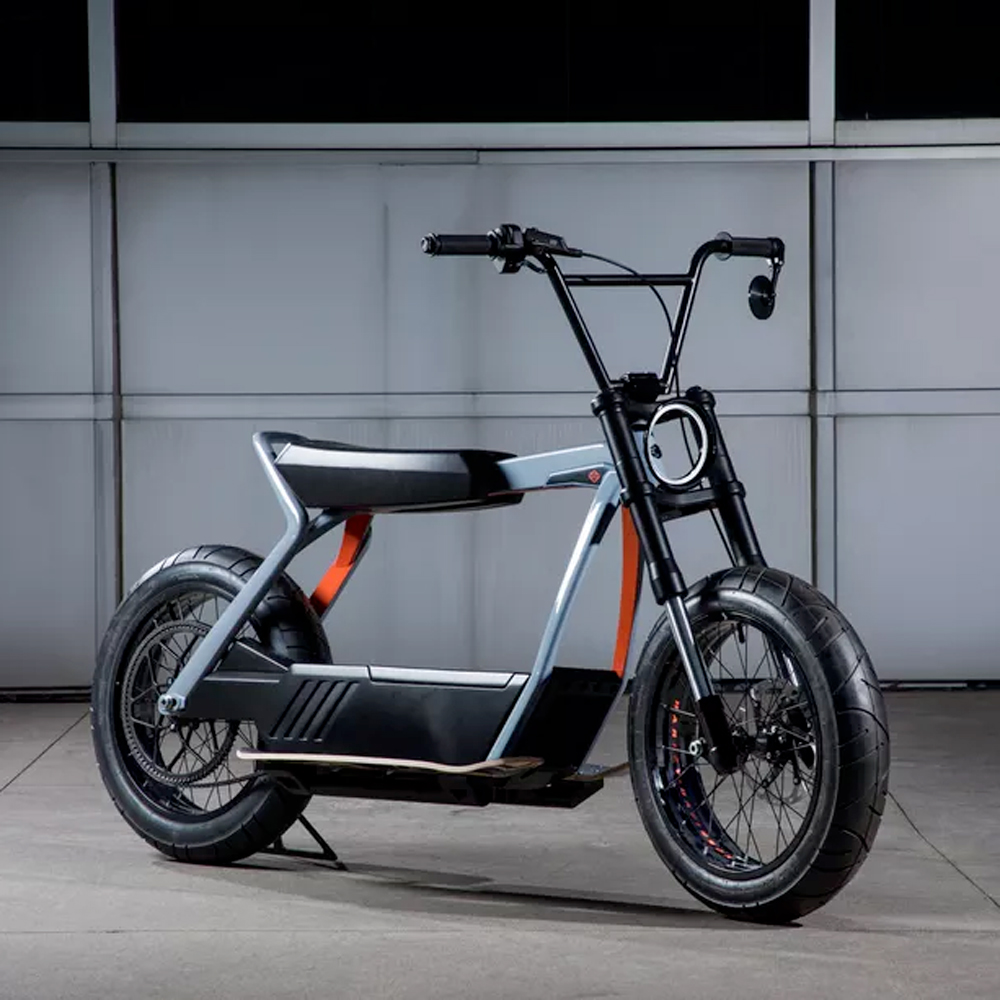 Harley Davidson has unveiled TWO new electric vehicle concepts, and one of them is an electric scooter.

Known for it’s rugged, all-American petrol-drinking two-wheeled behemoths, you wouldn’t think the US motorbike maker would embrace all things eco, but that’s exactly what message they’re said at the X Games in Aspen, Colorado last week.

Harley revealed, what looked like an impressive scooter and a machine that resembles more of a mountain bike.

Both models ’embrace their electric powerplants’ and ‘put raw emotion into the equation of the future’ through unique designs’, according to the press release.

Should the vehicles come to the market, they would not require any motorcycle license and the battery packs can be charged by plugging it into a wall.

Following a slump in sales over the last four years, the 116-year-old brand motorcycle brand is now looking at capturing a younger market.

Recent numbers show that around 46% of Harley Davidson riders are over 50 and only about 10 per cent are 30-34.

The company are said to have invested $50 million (£38mn) in electric technology as it tries to appeal to younger, more socially-conscious buyers.

Last year, the US company unveiled an electric bike, called the LimeWire, which will be launched this Autumn in North America and western Europe.

A prototype for the vehicle was driven by Scarlett Johansson’s character Black Widow in the 2015 Marvel blockbuster The Avengers: Age of Ultron.

No prices have been released on any of their electric vehicles, but ESUK expect them to bring a tear to the eye of any would-be owners.