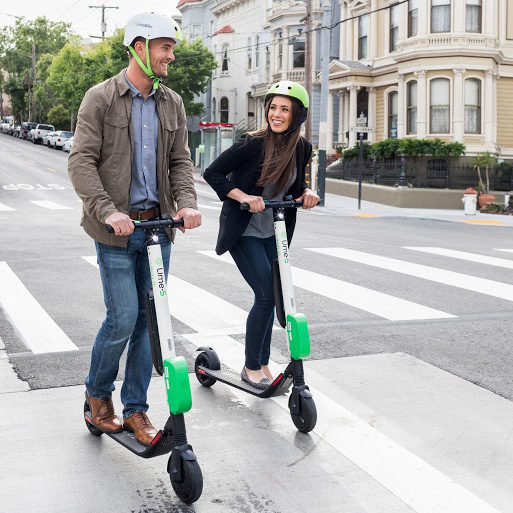 According to their website, Lime ‘is founded on the simple idea that all communities deserve access to smart, affordable mobility.’ They add that ‘through the equitable distribution of shared scooters, bikes and transit vehicles,’ they ‘aim to reduce dependence on personal automobiles for short distance transportation and leave future generations with a cleaner, healthier planet.’

LimeBike was founded in January 2017 and raised $12 million in venture funding led by Andreessen Horowitz in March 2017.

How does a Lime Scooter work?

Lime is run through a system that uses dockless vehicles and a mobile app to unlock vehicles.

Lime’s service typically starts at $1/1€ for a 30-minute ride on the traditional bikes, while its fleet of electric bicycles and electric scooters charge $1 to unlock and 15 cents per minute.

Are Lime and Bird Scooters the same company?

No, Bird are Lime’s biggest rival.

Bird were founded in 2017 by transportation pioneer Travis VanderZanden, Bird is headquartered in Venice, California.

Are they coming to the UK?

According to tech gurus Wired, the scooter rental giants aren’t about to launch a UK takeover.

In fact, in June 2018, Wired stated they won’t be “coming to London anytime soon”.