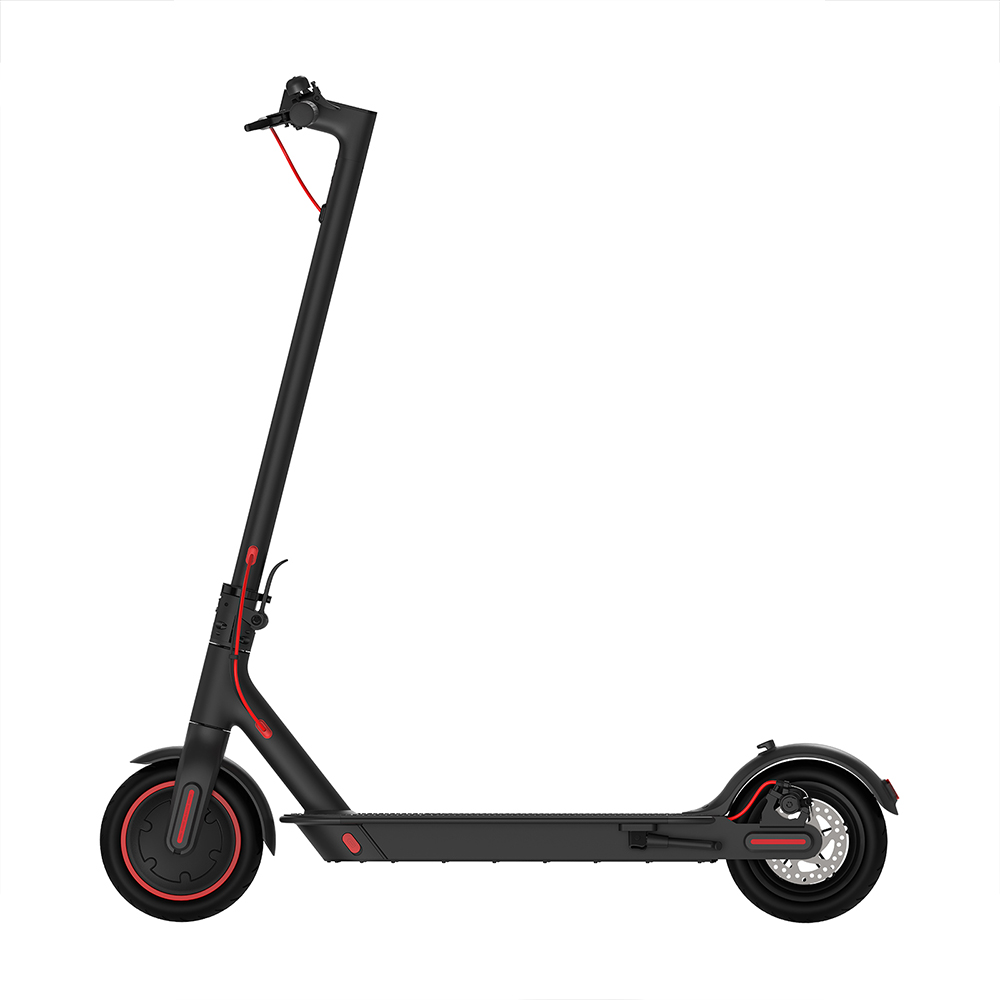 Chinese tech giants Xiaomi have announced the M365 Pro (or the Mi Electric Scooter Pro – MJ1048 to give it the official name and product number) and it’s already looking very impressive.
Overall the 2019 edition of the scooter has the same classic design as the original Xiaomi Mijia M365 but the first thing fans will notice is it’s updated dashboard.

That’s right, they’ve probably been working on it for a while (or saw all the user mods) but the new 2019 Pro model will come with a new, updated and welcomed digital display.
The new dash is billed as a ‘multi-functional control panel’ which will show six lots of data, including real-time speed, battery, distance, mode, etc. – lovers of the previous model, like us, will be pleased of this upgrade as the original M365 only displayed the power gauge and if a rider was in eco mode.

The new devices is also packing an impressive 472Wh lithium-ion battery, which claims an equally-impressive maximum mileage of 45km.
Lovers of the original M365 will note that the original has a much smaller 187Wh battery. This bigger batt may increase the range up to 45km (with one charge) but the weight has now shifted from 12.5kg to 14.2kg.
Elsewhere the M365 Pro has an upgraded 300W wheel motor, which provides a max speed of 25km/h (15.5mph).
The M365 Pro now has three modes (energy saving mode, standard mode, sport mode) which can be toggled on/off by tapping the power switch twice.
Xiaomi have also included 8.5 inch rubber inflatable wheels for different terrain and the much-loved quick folding design has also returned.

WHAT ELSE DO WE KNOW?
The M365 Pro was released on pre-sale on Xiaomi’s Chinese website in early February and the first deliveries started on February 18.

IS THERE A EUROPEAN VERSION OR A UK VERSION WITH SPARE TYRES?
At this moment in time there is no official word on any other versions but ESUK are currently in talks with the factories and will keep or followers and subscribers updated.

WHAT IS THE FRAME MADE OUT OF?
It looks like the entire body is made out of aircraft grade aluminium alloy again, which is an industrial grade material.

ANYTHING ELSE?
In October 2018, Ninebot Segway registered the FCC certification for the M365 Pro model. It’s arrival in Europe and the USA is apparently scheduled for June.

THE M365 PRO FCC LABEL READS:
FCC ID: 2ALS8-MJ1048
IC: 22636-MJ1048
Model Number: DDHBC03NEB
This device complies with part 15 of the FCC Rules. Operation is subject to the following two conditions: (1) this device may not cause harmful interference, and (2) this device must accept any interference received, including interference that may cause undesired operation. CAN ICES-3 (B)/NMB-3(B)

ABOUT SEGWAY:
Segway Inc. was founded in July 1999 to develop non-medical applications for the self-balancing technology, and the Segway PT, a two-wheeled personal transporter, was launched in December 2001, with first deliveries to customers in early 2002.
On April 1, 2015, Segway was acquired by Ninebot Inc., a Beijing-based transportation robotics startup that had raised $80M USD from Xiaomi and Sequoia Capital.

ABOUT NINEBOT:
Ninebot Inc., a Beijing-based transportation robotics startup that had raised $80M USD from Xiaomi and Sequoia Capital.